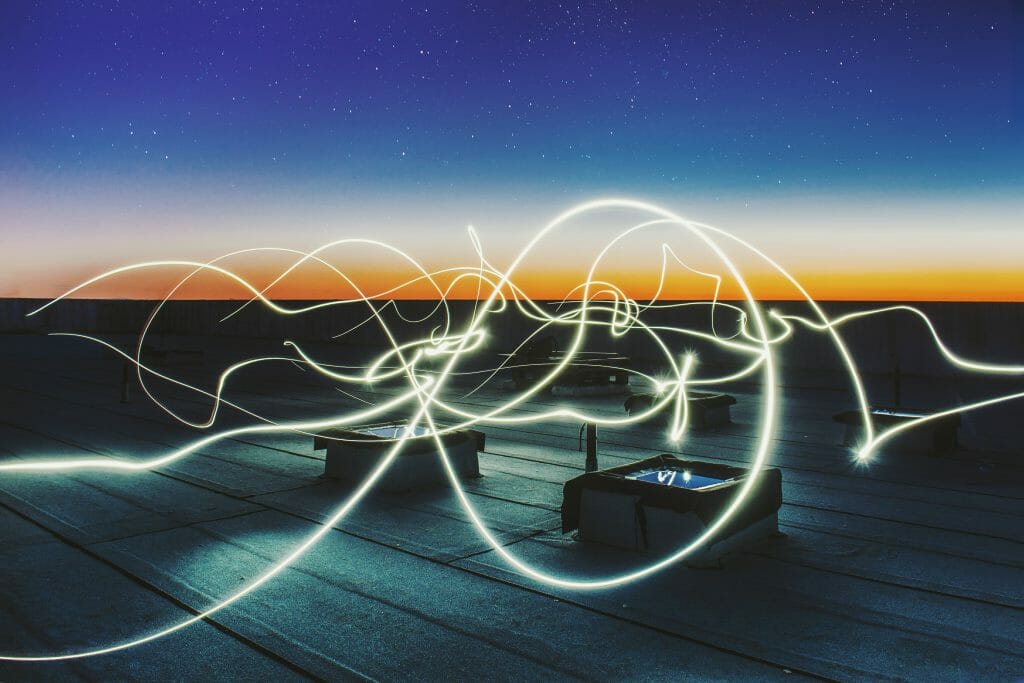 A previous ideology has returned through decades of discovery & research on neurological function; Diaschisis is a key concept in neurological evaluation and, ultimately, recovery. Diaschisis, which translates to “split throughout”, is a term used to describe downstream dysfunction of an upstream problem. Diaschisis has classically been associated with focal brain lesions such as a stroke or tumor, which present characteristic neurological signs of the respective pathology, but also create “remote functional disruption in a region connectively related to a focal brain damage area”. This means not only is there specific damage in an area of the brain, but regions that connect to that damaged area can become damaged as well.

Think about when you break a bone, let’s say your arm, and the doctor puts it in a cast. When you get the cast off 6-8 weeks later, your arm will be atrophied, or withered & weak. This is because the muscles haven’t been activated or strengthened in quite some time. Did you ever wonder what happens to the areas of your brain that control your arm? They also have not been activated or strengthened since you’ve had the cast on. This is a great example of diaschisis, where lack of activation, in this case the arm, is causing downstream functional changes in the brain.

The nervous system is the first organ system to develop in utero and as it does, it creates neural pathways that functionally connect structurally defined areas. These pathways are known as homologous columns. While they differ in location, shape or purpose, they still share common traits.

They are intricate roads that link systems together, from one end to the other. This is the framework that allows neuroscientists to map out where an action potential originates, where it goes, and what stops it takes along the way.

Neurons require stimulation to survive. If neural pathways rapidly lose conduction (ie. become hypoxic for an extended period of time), neural tissue can be damaged structurally as a consequence. If neural pathways slowly lose conduction (ie. the firing rate diminishes over time due to lack of stimulation), neural tissue can become functionally impaired.

Diaschisis can also be explained as such; if neuron A stimulates neuron B, and neuron B stimulates neuron C, what happens to neuron C if neuron A dies? Neuron A will no longer stimulate neuron B, and thus, neuron B will begin to lose cellular integrity, causing proteins in the cell membrane to become unstable, decreasing its efficiency & ultimately creating irregular action potential activity. This will result in similar changes to neuron C due to lack of activation from neuron B. The downstream changes seen in neuron C, caused by the upstream problems with neuron A, is a classic example of diaschisis.

These neurophysiological changes help to explain why some conditions such as concussion, migraine, chronic pain and many others may not be readily detected on most advanced diagnostic imaging. It helps to explain why, in most cases, the condition which causes the dysfunction may be the same (ie. concussion or medullary stroke), but the symptoms & presentations of the condition can vary wildly or be entirely different altogether. As conditions progress and neurological degradation persists, symptoms may change and recovery can become more challenging.

Don’t fret, there’s still hope! Since the brain can reorganize & rewire new pathways post-injury, a clinical approach, such as the one used here at Oculus Brain Centers, which leverages specific forms of activation to stabilize damaged regions of the neuraxis is often quite effective. A multitude of receptor based therapies can be applied to different sensors that activate these pathways. Some examples of these therapies include vibration, temperature, visual stimulation, sound frequencies and massage. These therapies are unique to each individual and are packaged together into an individualized care plan based on the outcome of the functional neurological exam, as well as the results of any objective diagnostic testing that is required. Check out our Evaluation and Diagnostics page to see what we test on the first day. 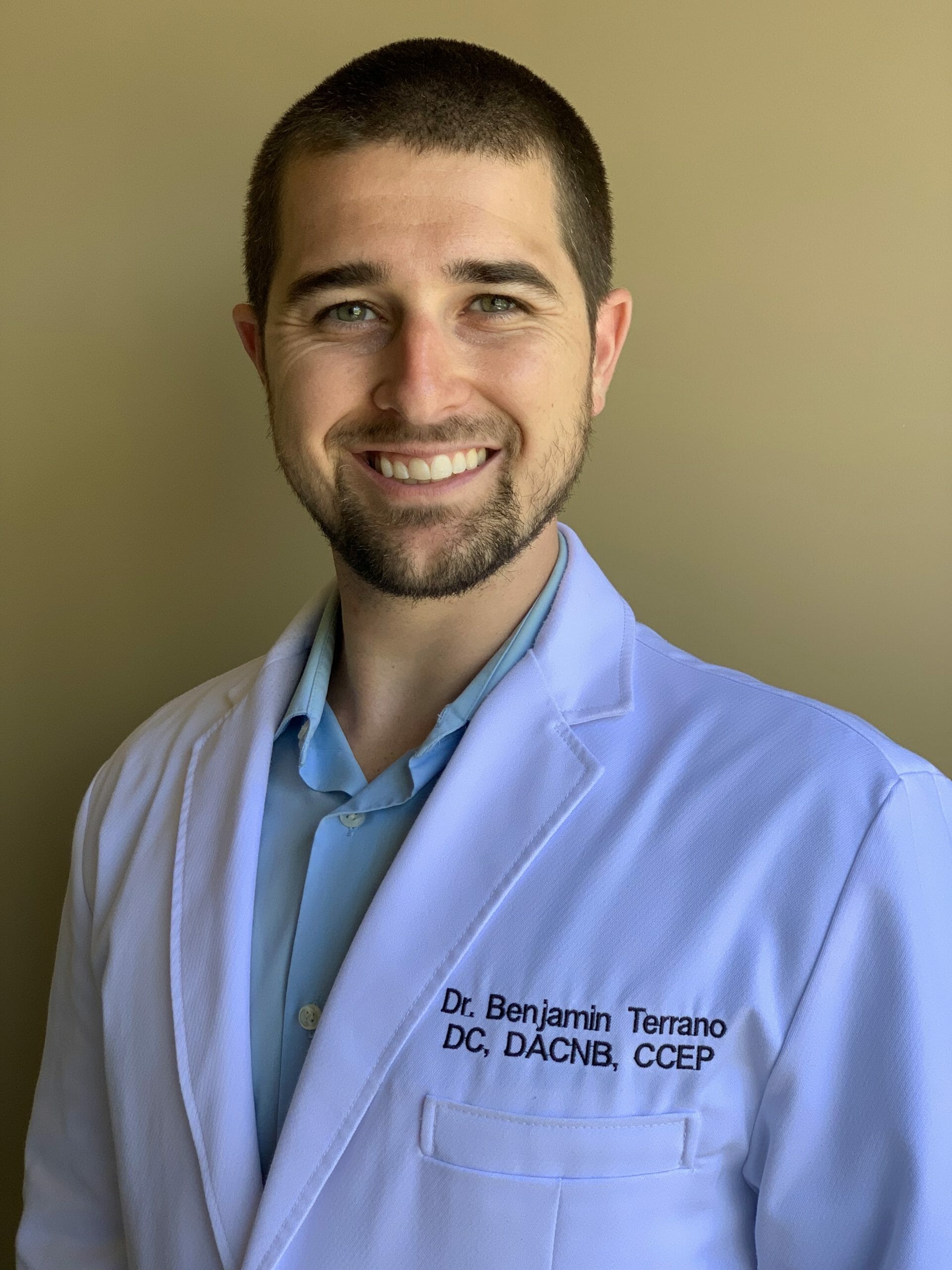 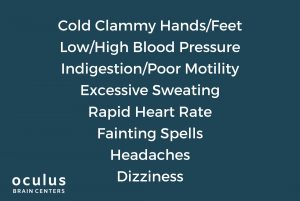 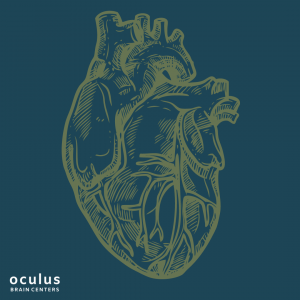 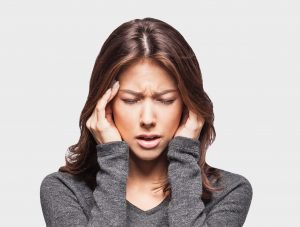 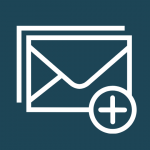